Our pilot video and song is in post production now, and we are excited with the progress so far! More to come on that front. So many amazing musicians, songwriters and engineers have banded together to make this “anthemic” song come to life. And so, following up on last week’s post, this is how our collaboration story goes.

March 31st – SEEKING SINGER / SONGWRITER | Upon conjuring up the creative vision for the production, lo and behold, a listing on Craigslist was posted! After receiving and reviewing many promising replies, our Talent Acquisition Department, AKA, Ray, became quite impressed by a response that stood out among the rest, from Lachi.

April 3rd – CONNECTION | Our two fearless musical savants, Ray and Lachi, began a dialogue surrounding the creative mission of the music project, describing the musical and emotional goals for the song. Feeling a strong chemistry with the goal, the two reached out to other musicians in their network for collaboration help.

Mid April – FORMATION | The core group was starting to mesh, having brought on Kiyanu Kim of 3pm Music Productions. Each artist began submitting initial thoughts and song components to one another via email for feedback, including the lyrics, melody, chords, hook and scratch recording. The ball was in motion. Oddly enough, with everyone residing in New York, it wasn’t until the end of the month where the three eventually met up and spoke in person.

Early May – FOUNDATION | With the core of the track modeled out, the group knew they needed additional talent to fulfill some of the parts that had been composed and brought in Eric Zayne, Omar Lye-Fook and Jay Rodriguez into the collaboration.

Within the first month and a half we experienced some of the difficulties in the collaboration process, and have began to validate our theory behind the need for such a collaboration platform. There is simply no “go-to” venue of communication, collaboration and distribution. What’s more? Plenty!

Coming up shortly, news about a campaign that’s primed to launch next week which will be sure to pique your interest! 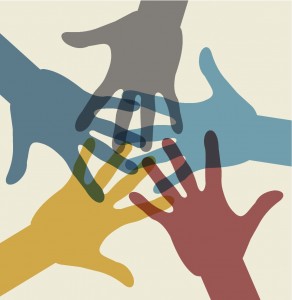